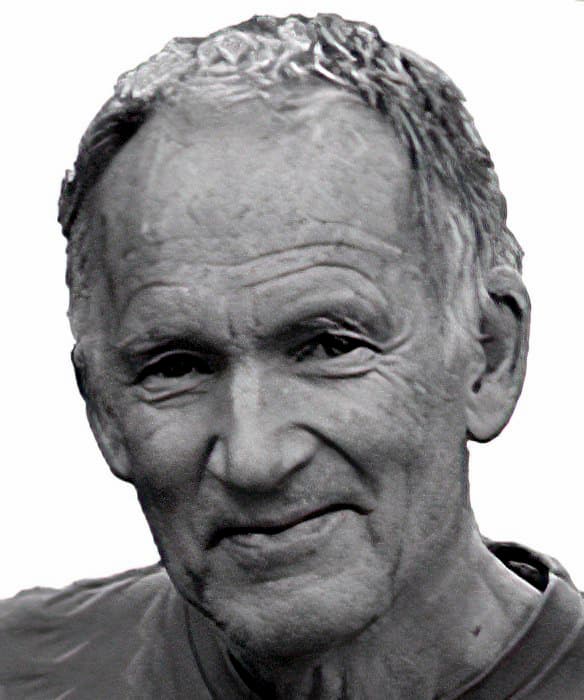 His career in Sports Photography started at the Observer newspaper in 1970. Six years later he joined the The Sunday Times, where he worked for over thirty years.

Winner of The Sports Photographer of the Year four times – and of the Individual Sports Picture of the Year twice, his book ‘Sport in Focus’ shows his extensive coverage of sport and many of his award winning photos.

This website particularly features a selection of Smith’s most renowned shots of Muhammad Ali, images which reveal the complex personality of one of sport’s most controversial and influential characters. The works portray the composure and confidence of the self-proclaimed ‘greatest’ boxer, as well as Ali’s wit, intelligence and theatrical personality in the staged shots.

For over thirty years, Chris Smith has been an influential and pivotal figure in the world of sports photography. His iconic images have developed the art form to give greater narrative to each shot, capturing not only the skill and strength of the athletes but also what drives them to succeed and the psychological characteristics they possess. Beginning work with the Observer in 1970, Smith moved to the Sunday Times in 1976, where he was to work for thirty years, covering virtually all the major sporting events of this period. His shots of Muhammad Ali capture the boxer at the height of his career; pieces such as Wrapping Up, Speedball and Ali Taping Hands show Ali as calm, confident and focused. Other works show his witty nature; Ali with Poster, in which he holds a bounty notice for his ‘illegal whuppin’ of Joe Frazier’, recalls Ali’s trademark tactics of aggravating opponents prior to a fight. Before this fight he famously quipped ‘Frazier is so ugly he should donate his face to the US Bureau of Wildlife’. The classic image of Ali with the Beatles was taken in 1964, prior to the fight with Sonny Liston and as the Beatles were beginning their first American tour.

Chris Smith has received numerous awards in acknowledgement of his contributions to photography. He was awarded The Sports Photographer of the Year four times, as well as the Individual Sports Picture of the Year twice. He also won a Special Award in the SSF World Sports Photo Contest in 1995. He covered his first Olympic Games in Munich in 1972, and since then has documented most major sporting events, including the Football and Rugby World Cups, cricket, sailing, horse racing, and boxing. Smith lives and works in London.

All digital prints on Hahnemuhle fine art photographic paper are signed and framed.
For international delivery prints are shipped unframed.
Please contact us about these and larger sizes of digital prints.
Contact: [email protected]
We use cookies on our website to give you the most relevant experience by remembering your preferences and repeat visits. By clicking “Accept”, you consent to the use of ALL the cookies.
Do not sell my personal information.
Cookie settingsACCEPT
Manage consent

This website uses cookies to improve your experience while you navigate through the website. Out of these, the cookies that are categorized as necessary are stored on your browser as they are essential for the working of basic functionalities of the website. We also use third-party cookies that help us analyze and understand how you use this website. These cookies will be stored in your browser only with your consent. You also have the option to opt-out of these cookies. But opting out of some of these cookies may affect your browsing experience.
Necessary Always Enabled
Necessary cookies are absolutely essential for the website to function properly. This category only includes cookies that ensures basic functionalities and security features of the website. These cookies do not store any personal information.
Non-necessary
Any cookies that may not be particularly necessary for the website to function and is used specifically to collect user personal data via analytics, ads, other embedded contents are termed as non-necessary cookies. It is mandatory to procure user consent prior to running these cookies on your website.
SAVE & ACCEPT